OOPS! Did you recruit using an Ipsative Assessment? By Chrystal Austin 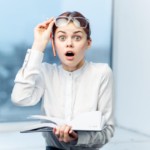 “must-know” facts for anyone using assessments in the workplace.

There are many assessment tools on the market that are considered effective and safe to use from a legal perspective for both the employer and the employee (only if you use it for its intended purpose).

Ipsative assessments like DISC or MBTI type tools or any other IPSATIVE assessments do not compete with NORMED PSYCHOMETRIC ASSESSMENTS when applied to a HIRING/SELECTION situation.

When it comes to hiring/selection, you may ONLY use normative assessment tools.  Many reputable assessment publishers explain that their ipsative tools may not be used in hiring, however, there are many companies which still use these because they claim to know the tools well enough to interpret the information for selection of personnel.

Everyone involved in the use of assessments for recruitment and selection for an organisation must be entirely conversant with the points made here in an interview with Dr. Lindley, a well-established and respected assessment specialist in the British Psychological Society:

Dr. Lindley: “Certainly I’d agree that DISC or Myers-Briggs type test should not be used for selection. The people who developed, published, and market these tools would also stress that. It isn’t a tool for selection; rather it’s a tool for personal development. It can be used in groups to help individuals understand one another but it’s certainly not a selection test.” For selection, you want to rule out tests that are just referring to yourself rather than comparing you to a larger population. Anything that talks about how you are better at one thing than another, but doesn’t compare you to the outside world, isn’t helpful.

What is an IPSATIVE type test or assessment?

IPSATIVE TESTS is the technical term for these types of tests which uses the “self” as the point of reference, in other words, “my opinion of me”.

The assessment participant is scored through the use of forced choice questions and responses. An Ipsative test would ask: ‘Which do you prefer, socialising or organising an event?” You might like or hate both but are required to make a forced decision as to which one you would prefer if no other option existed. You might be operating at a very low level or a very high level but all the ipsative tests will tell you is which one you prefer rather than how that preference compares to other candidates.

The test results provide insight into the relative strengths and weaknesses, but there is no objective comparison to any other individual. This makes them ineffective as hiring and selection instruments.

They are, however, very useful as developmental instruments which can be used for personal development or  Team building.  They give you very little information as to the individual’s capability. They do not provide the credibility which is required and sought by the analytical minded members of the leadership or management teams.

A Normative Assessment measures quantifiable attributes or constructs on individual scales. These are then compared against the “normed” population (in our case, the working population of South Africa).

The ProfileXT® is a normative assessment that overcomes all the shortcomings of some of the Ipsative tools described. The ProfileXT® compares the assessed candidate to two key audiences in the `outside world’ referred to by Dr. Lindley above:

The ProfileXT® assessment can be used for developing job descriptions and position benchmarks. Results from the assessment are measured against the job benchmarks for recruitment, selection, on-boarding, development, training, coaching and succession planning.

Recruitment: The system generates unique questions based on the candidates scores or measure against the job position and allows for objective questioning from the interviewer.

Selection: When assessing multiple candidates, it clearly reports on the order of the candidates from the highest match to descending lower match percentages against the job benchmark, eliminating the need to view every report for candidates who may not be a good match to the position.

If you want to know more about this psychometric assessment and/or how it can be used for on-boarding, development, training, coaching or succession planning, call us today to see if you qualify for a risk-free assessment demonstration on one of your existing staff members.